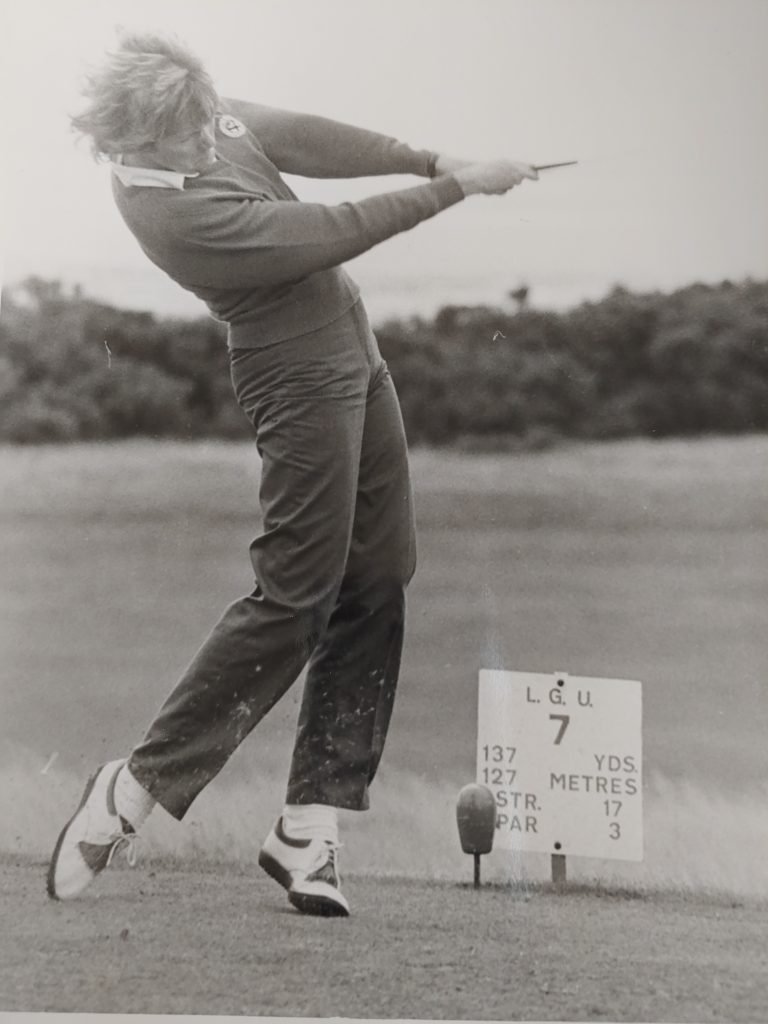 If you think age 50 is too late in the game to start a new career, think again. Professional golf instructor Maeve Cromwell would be the first to tell you to go for it!

Despite growing up in and living in golf’s home country of Scotland most of her life, Maeve didn’t begin to play the game until she was 30 and decided to join her mom in lessons, where she found she had a natural ability. She played competitively in Scotland for the next 20 years before moving to Peachtree City with her family in 1997 and deciding to pursue a career with the sport.

She joined the Professional Golfer’s Association of America on a course in Hilton Head, and discovered she was the only woman there. She passed the course but decided that it wasn’t for her.

“I wanted to do the Ladies’ Professional Golf Association, so I contacted the LPGA in Daytona Beach and explained to them that I wanted to become a professional golfer, teaching golf,” she says, so she went through the four-year course of education, playing ability, and teaching skills to earn her certification. “This was a big thing for me, at age 50, to do this.” 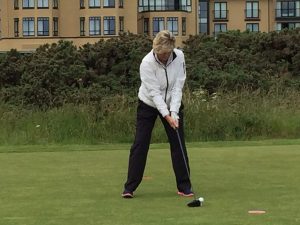 At the time, she was employed in the shop at Canongate Golf, but moved into a teaching role as the only female in golf instruction throughout the whole of Canongate. When ClubCorp bought the courses, the head office contacted her to speak about women’s golf at a large conference in Monterey, Ca. where she was, once again, the only woman on the panel. “This was just so normal for golf, just sort of steeped in men, but fortunately, things are changing,” she adds.

Maeve says that for courses to be more well rounded, “having a female instructor is huge. A lot of women who want to take up golf are faced with only the option of a man who would teach them. As a golf course owner: Employ a female,” she says. “Then you’re going to encourage women.”

Maeve has made strides at her home courses including instituting a women’s-only demo day at the club for women to try out golf products created just for them. And she recently won an award for being among the Top 50 Kids Golf Instructors in the country.

She has taught hundreds of men, women, and kids over her years as an instructor, including taking players out onto the course for their first round. She wants her students to know all the ropes of the course—how to act and what to do when the ball goes behind a tree, for instance. “It’s all very well having a lesson and standing on the driving range hitting ball after ball, but there’s a lot more to golf than just doing that. You’ve got to get onto the golf course, and be brave, and do it! Get out there!” she says.

Each April, PGA pros and fans descend upon Augusta National Golf Club for the annual Master’s Tournament, one of golf’s most elite events, where the coveted green jacket is bestowed upon the winner.

The Master’s is one of the PGA’s four major annual tournaments, kicking off the pro golf season each spring. This year’s tournament is the 85th in history and will be held from April 8–11, hosting 84 players who have been hand selected from the best in the world.

With tickets sold out, there is still plenty of opportunity to enjoy the scenery from the comfort of your couch. As the tournament coincides with the blooming of Georgia’s azaleas and rhododendrons set against the pristine fairways and greens, the course is a stunning backdrop for the championship event.