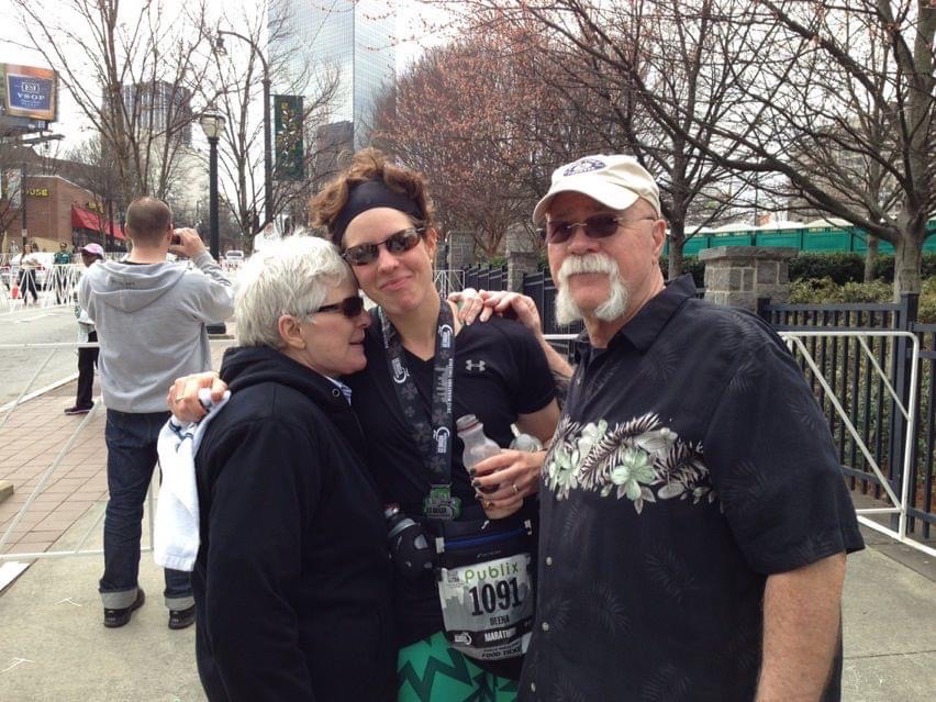 When I was 25 years old or so, my mom told me I should settle down and give her grandchildren before she became senile. We laughed, not thinking that she could speak that into existence. Her mother had dementia, so I was concerned, but dismissed the thought quickly. A couple of years later, I gave my mother the grandchild she longed for, a little girl, for her to spoil and adore.

She did such a good job of being the doting Nana—the name Amira called her. Nana made sure Amira had all the clothes she needed for the first two years of her life. Her closet was filled with sizes up to 3T. My mom gave my daughter her first bath and saved me numerous times when I was struggling with postpartum depression. Even during my toughest times, we laughed a lot together. My appreciation for my mom grew even deeper after I had my daughter. 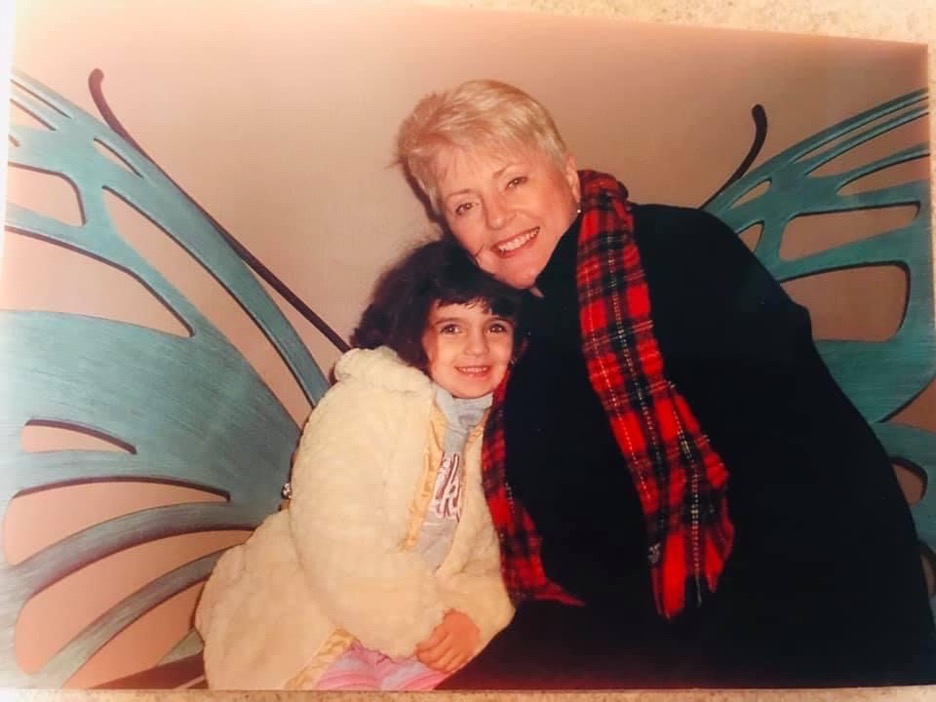 Around Amira’s fourth birthday, I began to notice a difference in Mom. My photos of the party uncovered a devastating clue as to what would eventually unfold: My mom looked vacant in the pictures. Around that time, she became argumentative regarding certain topics. She was telling me stories about my father that seemed very unlikely, but I listened and didn’t question it too much. My worries about her going down the same path as my grandmother were growing, but I couldn’t say anything. Why did I feel such a need to keep quiet?It was an act of protection, maybe. I didn’t want to question her credibility and diminish anything when it came to her capabilities. This was a touchy subject that I fought with for months. If I talked about it, reality would strike and we would have to do something. Days when she was totally clear, I doubted myself and prayed I had been wrong and that all was fine. Unfortunately, the lucid days began to dwindle away over time.

One afternoon in the winter months, I sat on my neighbor’s couch and was able to talk to her and open up about my greatest fear for my mother. I sat, talked, and sobbed and ended up with wads of tissues in my hands. My neighbor understood, as her father had recently passed away, and she went through what I was just beginning to experience. I was able to speak to her but could not talk to my husband or anyone else. Again, it was a sacred, secretive subject in my mind.

The months went by, and eventually in August, it couldn’t be ignored any longer. I knew I had to speak up and open the can of worms to her, my dad, brother, and the rest of the family. My stomach was in knots, but I did it. I started the conversation off with my mom by suggesting she go to the doctor to get checked out because she could have what Grandma had. She was nonchalant and said she would schedule an appointment with her doctor. I was relieved that it didn’t go as bad as I anticipated.

Fast forward about two weeks, and I checked in with Mom and asked if she had seen the doctor. I spoke to my mother everyday and knew of her daily activities, and not once during that time did she mention a doctor visit, but I was gingerly approaching the subject again. Mom simply responded with the “too busy” excuse and that she would schedule that appointment soon. I knew she would not and that it was time to go to my father.

Going to my father with a subject as sensitive as this was even tougher. My parents got married at 17 years old. How do I tell my father that I suspect the love of his life, my mom, may have dementia or Alzheimer’s?It was heartbreaking, but I had no choice. Dad took swift action and got her in to see the doctor quickly. She saw a specialist at Emory, and they had her do a panel of tests. The clock-drawing test was all I needed to know about to confirm my worst nightmare. She failed it.

She couldn’t draw the face of a clock. The woman who taught me to tell time, balance a checkbook, look up words in the dictionary, write thank you notes, and everything else that she had guided me through over my life span could no longer understand the spatial relationship that was required for the task. It made me sick. I felt physically ill and angry. I remember the phases of sadness and anger. I prayed for a misdiagnosis or a miracle.

As Mom progressed from a mild to a more moderate stage in the disease, Amira had a hard time understanding why Nana blamed her for things that she had misplaced. Amira still spent time with my parents, but it was difficult, and I explained that Nana was sick and had problems remembering. I was so wrapped up in my grieving that I didn’t handle the communication with my daughter very well. I couldn’t talk about it without breaking down, and I did not want to break down in front of my little girl. She was between the ages of four and almost nine when this was happening. Nana died just two weeks after Amira’s ninth birthday.

The average lifespan of a person diagnosed with the disease is four to eight years. From the time I noticed changes to the time she passed away, it was about five years. During that time, our family made some very tough decisions. Mom could no longer have access to her car in fear that she would get lost or have an accident. My father took her everywhere, and one Saturday in December, before Christmas, he took her to the Fayette Pavilion. He parked the car close to the store and let her go in by herself, not thinking that she would have any problem finding her way back to him. Unfortunately, she got confused and thought Dad left her, and she began walking home. We frantically searched for her with the help of others. A stranger selling produce at a roadside stand drove her home. This was the extreme turning point when we knew she could not be alone.

Several months passed and dad was able to manage her care at home, but near late summer we knew the best option was a memory care home. The transition from the moderate to severe stage happened quickly. The concept of going from the phase of trouble remembering things to not being able to care for herself was a lot for all of us to grasp. My nieces were still young, and it was confusing to them when Grandma died because they knew her memory was failing, but they didn’t have the information to be able to connect the dots as to why she would die from that.

Mom’s passing was sudden, but in the end it was a peaceful transition. She died in hospice care at a facility about 45 minutes from my home. She was there a little over eight days. There were no blinking and beeping monitors, just the meds needed to keep her comfortable and the love of her family.

Looking back, I would handle things differently. I would have reached out and acted quicker. Alzheimer’s and dementia are not diseases to be embarrassed about. It’s not a family secret that can be swept under the rug. It requires patience and care for the patient, family, and caregiver. Growing up, I admired my mother more than any other person in my life, and as an adult, Mom and I were best friends. To gradually lose my best friend to an unforgiving and debilitating disease made me bitter because I was losing the love of my life.

My advice to anyone who suspects their loved one has this disease is to reach out to someone trusted and to use the available resources. The Alzheimer’s Association leads the way to end Alzheimer’s and all other dementia by accelerating global research, driving risk reduction and early detection, and maximizing quality care and support. Reach out to Alz.org or the Alzheimer’s Association 24/7 Helpline at 800-272-3900 for more information and to get involved. And please join us October 2, 2021 for the Walk to End Alzheimer’s at the Frederick Brown Jr. Amphitheater. 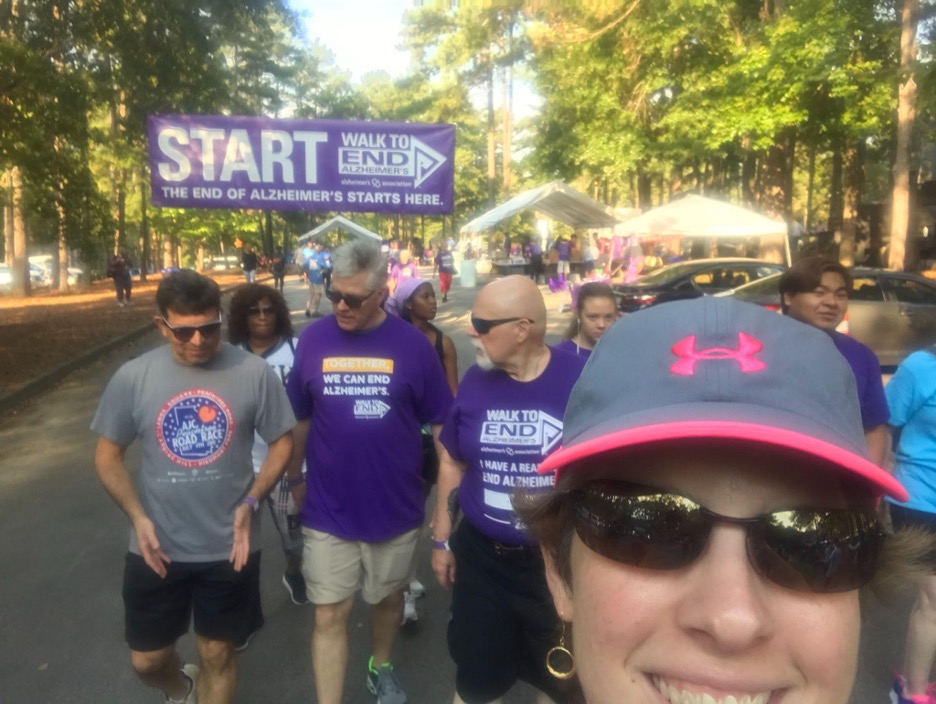