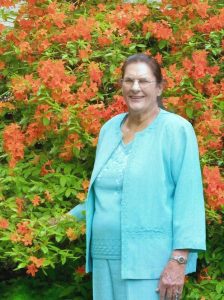 The popular adage, “Age is just a number,” can certainly apply to North Georgia mountain woman Kathryn Litton. Although she will turn 88 in June, Kathryn still continues to work full time, running the business she started over 60 years ago with her husband, Litton Landscaping, Inc. She is one of those hardy Southern women you want to be around to soak up their energy and spirit. Plain spoken, direct, and determined, yet with a smile and sense of humor, Kathryn has built her reputation as a premier landscaper in the Blairsville area, and has made a powerful impact through her leadership and volunteer efforts.

Kathryn is the great-aunt of Melanie Denney Haas, publisher and owner of Southern Woman. Melanie, a strong, accomplished, Southern woman in her own right, is in awe of Kathryn’s accomplishments. “I call her ‘Aunt Kathryn the Great,’ and she is definitely one of my idols. She is a pioneer woman who has worked so hard all of her life in the horticulture field.”

Born in Mississippi in 1933, Kathyrn reminisces about her childhood, “We were poor people. My daddy was a sharecropper. He rented land from the landowner who took a third of the crop off the top. It was hard to get by.” Kathryn was next to the youngest in a family of 12 children—six boys and six girls. “I am the only one left standing,” says Kathryn. 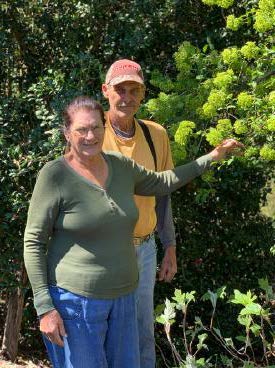 Kathryn’s family always had a garden, and after her mother became critically ill with a brain hemorrhage, Kathryn took over responsibility for the garden, gathering vegetables and canning them. She got up at 4 a.m. each day to finish her chores before school. Kathryn remembers giving her life to God after her mother became ill and asking God to save her mother’s life. Although the doctor held out no hope, God did heal her mother, who lived another 16 years.

As a farmer’s daughter, Kathryn had to miss school for several weeks each fall to help pick cotton at harvest time, yet she still graduated from high school in 1951 with the highest average in her class. Unfortunately, she was disqualified from becoming valedictorian because she had missed so much class time.

She received a scholarship to Delta State College in Cleveland, Mississippi, but was only able to attend one year because of expenses and left school to work full time.

Kathryn met her husband, Michael Litton, in Mississippi, and they married on December 31, 1953. Michael recalls he first laid eyes on Kathryn walking on a bridge rail barefooted! They started out farming together. Their daughter, Kathy Michelle, was born in 1958, and a son, Michael Jr., followed in 1960. (Kathryn now enjoys two grandchildren and two great-grandchildren living in Augusta). 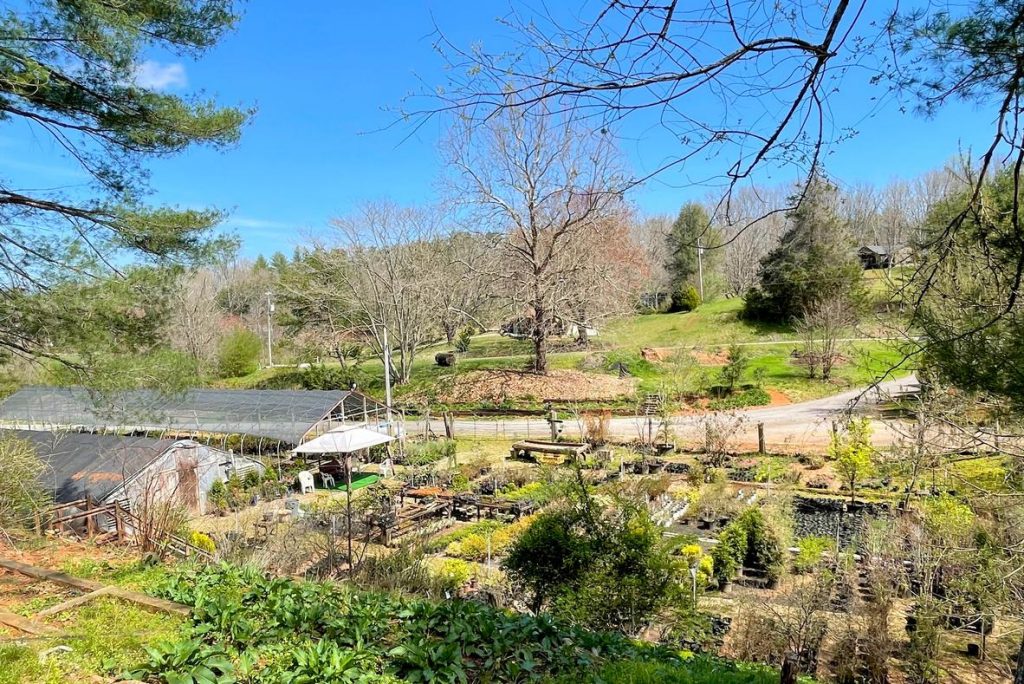 The couple started a landscaping business in 1960, shortly after Michael Jr. was born. Michael became president of the Mississippi Nurseryman’s Association and Kathryn served on the state board for beautification. Their duties brought them often to Atlanta for conventions and they looked for local camping areas to enjoy. In 1969, they discovered a favorite camping spot, Vogel State Park, right outside of Blairsville. They fell in love with the area and moved to Blairsville in 1979 after their children went off to college.

During their years together in Blairsville, Kathryn and Michael continued to operate their landscaping company but also opened up a campground. They bought and restored old schoolhouses for the site and developed cottages along the river that they sold to people who wanted to own a vacation home. After Michael died in 1984, Kathryn maintained their business ventures. As a woman in the mountains running her own companies, she had to work harder to prove herself, and hurdles were often put in her way. She met every obstacle, and her businesses thrived.

Horticulture is Kathryn’s passion, and she still lovingly cares for an asparagus Sprengeri fern (Asparagus aethiopicus, Sprenger’s asparagus) her mother received as a pass-along plant from a neighbor in 1920! The fern has been in her family for over 100 years and has been potted and repotted numerous times. It now thrives in a small greenhouse next to her home. Kathryn is also the inventor of a patented garden phlox, ‘David’s Lavender,’ being marketed by the assignee Saul Nurseries of Alpharetta. 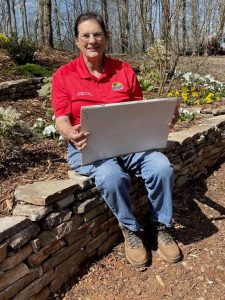 Her mission for her landscaping company is to always please her clients. “Landscaping is an emotional thing,” says Kathryn. “It is necessary to get into a person’s heart and feelings to see what makes them happy and feel good. You want to meet their emotional needs. I want people I am working for to go out into their gardens and find peace and tranquility, to take a good book to sit and read, or to just stroll along the pathways to unwind.”

Kathryn does not try to compete for jobs with other local landscapers. She presents her designs based on her own philosophy. “I will do a work of art. I am not a painter, but I design and paint with plants. I choose plants that go well with the house and the interior. It should be a continuation of a flow from inside to outside.” Kathryn designs gardens that fit naturally with the mountain setting. She chooses plants for interesting texture and to have something blooming in different seasons.

Kathryn has certainly made a big impact in her community over the 40 plus years she has lived in Blairsville. She and her husband helped restart the Chamber of Commerce and began the tradition of decorating the courthouse and museum at Christmas. For many years, Kathryn has worked with the Georgia State Department of Transportation to create a highway wildflower program, promoting an interest in native plants and wildflowers. She received many accolades and state-wide recognition for her work.

Kathryn has been a member of the Blairsville Garden Club for 40 years and served on the district and state boards of the Garden Club of Georgia. Her horticultural volunteering has earned her Member of Honor awards at the state, regional and national levels. She is a published Georgia author and has written a booklet in its fourth printing called Here Come the Natives. Her first printing was made possible from a $35,000 grant from the Kellogg Foundation she won after submitting a study on cold-hardy azaleas for the North Georgia Mountains. She currently writes a column for Garden Gateways called “Inside Your Garden Gate.” 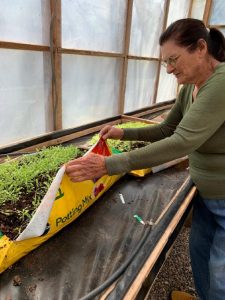 Local photographer, Scott Anna, says of Kathryn: “I have known Kathryn Litton for several years as a friend and neighbor. Every time I go through the downtown area of Blairsville, I always notice the beautiful flowers that she has planted along the roadways, and around the town square and old courthouse. I am always amazed at how at her age, much less any age, she wakes up with one goal, and that is to continue with living her life and working almost every day with her landscaping business. She is an inspiration to me and all who know her.”

Kathryn relaxes by going to her greenhouse to pot up a few more plants or by just sitting in the nearby gazebo to gaze at her plants and notice what is blooming. When asked if she ever plans to retire, she just smiles and says, “I work all the time, and I want to go out with a shovel in my hand.”

The Stressed Out Woman