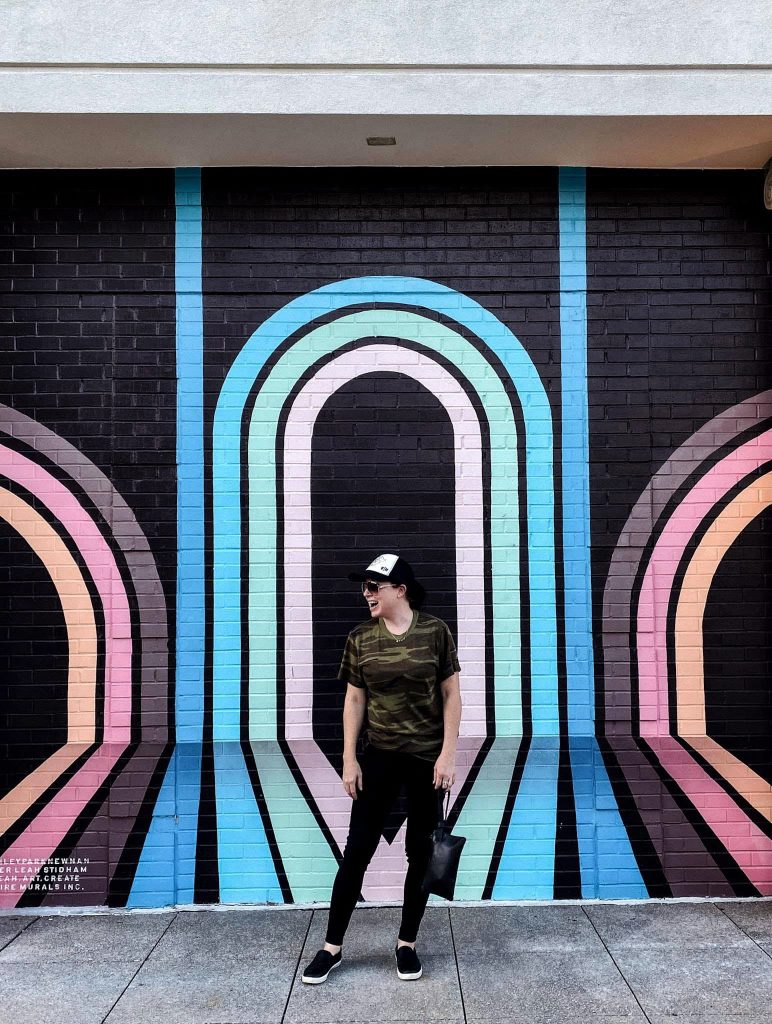 You may recognize the work of artist Amber Leah Stidham from her massive murals around town.

She painted the stunning “Lily” on the side of the Trek building in downtown Newnan, has several colorful walls to her credit in Ashley Park, and was a part of the Forward Warrior street art festival in downtown Atlanta last year. She’s also responsible for the majority of the murals in Junction Lanes in Newnan.

A graphic designer for over 20 years in the corporate world, she was left feeling unfulfilled in her job. But when she took a leap of faith and stepped out on her own as an artist, doors began to open for her, artistically and spiritually.

Amber’s work is a reflection of her growth, personally and spiritually. “Intuition is really important,” says Amber. “It doesn’t matter what religion or spiritual beliefs you have. I feel like through meditation, I’m able to hone in more on my intuition and knowing what roads to take and knowing what to say no to. Authenticity, not putting on a mask, and really being myself…I feel like that comes through a spiritual practice, and for me, that’s meditation and reflection. The world can be a scary place if you let it, but really it’s all how you perceive it.”

“I find that if I really slow down and step back a little bit, I actually have more time because it’s not so frantic. I feel like my life just kind of fell in place. And I feel like a lot of women have that same issue. I found that meditation and reflection and gratitude for what I have has helped me align myself with where I need to be. I feel like women are connected in that way differently than men,” she adds.

To honor this part of her journey, she chose women of different ages and ethnicities that will be featured in her newest collection at the Cochran Gallery in LaGrange beginning in April.

She began by drawing portraits of women and turning those into collages of different mediums built onto a birch panel. All of the women’s faces and bodies are done in graphite to bring awareness to the commonality of being women. Her project, “Reflection of the Soul,” is about learning how to appreciate just living and our purpose of just being here and enjoying life.

”I think we put all these pressures on ourselves that aren’t necessary,” she says, “and it’s hard to deprogram yourself from that. I think as we get older we start to see that. If I could have told my 21-year-old self the things I know now, it would have been so much easier!”

The women she features in her work are “enjoying their lives and taking care of their bodies and sharing their light with other people,” says Amber. She chooses women who are living their passions. She wants to show snapshots of their lives, and the souls behind the women.

One of her subjects is her good friend, Janice, who Amber says is the epitome of holding other women up. “I’ve never heard her say a bad thing to anybody, and she’s just so wise. She would do anything for anybody.”

Another woman Amber was drawn to feature is Raven, a young shaman. When Amber spoke to Raven, she revealed to Amber that she had a dream about twin foxes that Amber incorporated into the piece along with her full headdress. “I thought it was really beautiful to show her inner strength that way,” she says.

Her inspiration comes from the women in her life now who are her support system, as well as the ones who have come before—her mother, her sisters, her grandmothers, and great-grandmothers—and she has added into the collection a few portraits of these women to pay tribute. “I see myself through them,” she says. “My Grandma Brown…I was with her a lot when I was little, and she was always such a rock. I constantly think of her anytime I have issues, and I just felt that she needed to be at the front of the show. I have one of my mom and my sister as well.” 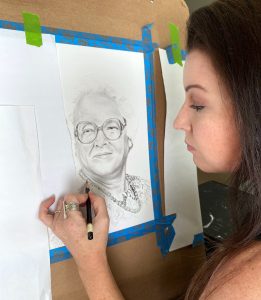 Amber’s main source of income as an artist, and a spiritual release as well, is her commision-based work, painting extensive murals within people’s homes and businesses. “I love the process of it, sitting down and designing something for a client. Everything is from scratch. It’s really rewarding to see other people enjoy your art on a bigger scale.”

She started her company, Empire Murals, four years ago after helping her husband with some art projects of his own. “I’ve always been drawn to graffiti art, and would go on graffiti hunts in L.A. and Atlanta, and looked up to those artists that got to do that. So I decided I wanted to do that for a living!”

For her new collection, Amber is taking a more stylistic approach where she works in a collage of mediums—graphite, acrylic, using spray guns, and wood—to create her pieces. Her show opens Friday, April 9 at the Cochran Gallery, 4 East LaGrange Street, LaGrange (mask required).

View more of her private commissions, murals, and more on her website (amberleahart.com) and on her Instagram page (@leah.art.create). 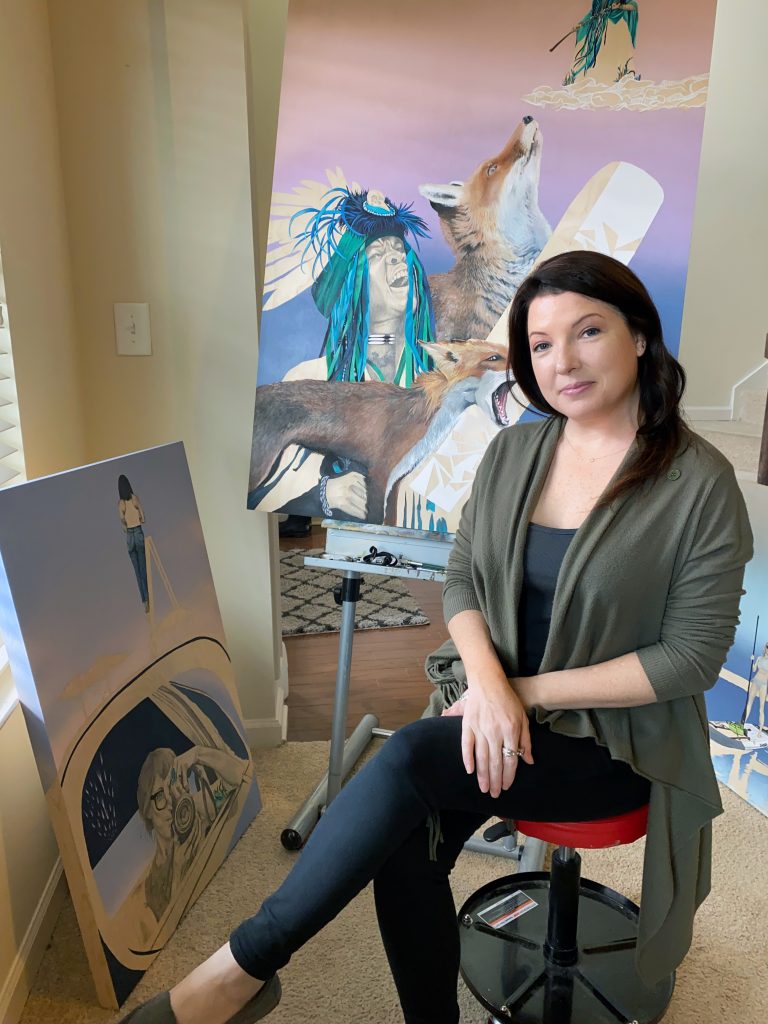